Millennials Can Make Or Break Your Campground: Here’s Why

Home SpecialMillennials Can Make Or Break Your Campground: Here’s Why 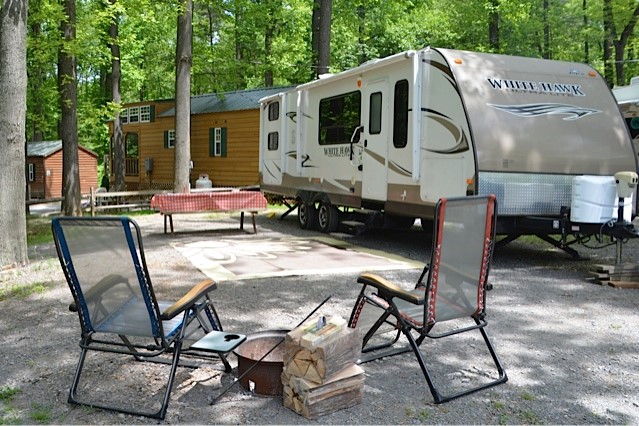 Millennials Can Make Or Break Your Campground: Here’s Why

Millennials have been blamed for killing a wide variety of industries. Chain restaurants, real estate, department stores, paper napkins, breakfast cereals, and even relationships are reportedly being destroyed by this generation (according to members of other age demographics, at least). But despite their deadly reputation, millennials are actually responsible for making other sectors thrive. The camping industry, for one, owes a debt of gratitude to millennials, who are eager to get back to nature and spend time on campgrounds all across the country.

Although data shows that nearly six out of 10 households can say that someone in their home has gone camping, millennials are leading the camping participant pack. According to the 2019 North American Camping Report (an annual independent study supported by Kampgrounds of America, Inc.), campers are younger and more diverse than ever. More than 78.8 million households camped at least once during 2018 — an all-time high, according to the report — with roughly 1.4 million households deciding to camp for the first time last year. Of those 1.4 million households, 56% are millennials, with 51% identifying as non-white. What’s more, millennials make up 41% of all campers, meaning that this generation comprises the largest portion of campers overall. Since Gen Xers make up only 36% of campers and Baby Boomers represent 28% of campers, it’s clear that millennials are the driving force behind the growing popularity of camping.

So what does that mean for you? If you’re looking to invest in a campground, you’ll want to be strategic about your selection and about its subsequent marketing. Since millennials are highly tech-savvy and are focused on both convenience and visual appeal, the campgrounds that fare best among campers of this generation are ones that offer online booking options and that will make an idyllic backdrop for social media posts. And while tent camping is still a popular choice, many millennials would prefer to “glamp” it up. By offering more amenities or options for cabins and RVs, campgrounds can make themselves much more appealing to millennials.

Don’t forget that many of these campers have families of their own. Since the oldest millennials are now in their 30s, it shouldn’t be surprising that 54% of millennials camp with their children (who are often the very reason they’ve decided to go camping at all). Millennials who have children camp more often than people of older generations, as well, as 63% of millennial parents reported they camped more than seven nights per year. Since roughly two-thirds of millennial parents also say they plan to camp even more in 2019, you’ll want to purchase a campground that is family friendly and that promotes guest loyalty. Whether you market to young families in your area or are located in an area with tons of activities in which to partake, you’ll want to capitalize on the ways you can convince campers to extend their stays or to return within the same year. If the extras you offer are family friendly, you’ll have a much greater chance of attracting adventurous millennials.

In the 2017 KOA camping report, COO Toby O’Rourke noted: “Camping continues to grow in popularity, with more Americans starting to camp and people taking more frequent trips each year. Year-over-year, people consistently say camping allows them to relax, spend time with family and friends, be active, and contribute to their emotional well-being. The significant growth in camping underscores Americans’ enthusiasm and growing desire to get outside. Camping — whether it’s traditional tent camping, RVing, or staying in a full-service cabin — will continue to fulfill that need.”

When buying a campground franchise or stand-alone property, therefore, the last thing you’ll want to do is ignore this influential generation. By harnessing the power of millennials, campgrounds can continue to thrive during a time when many businesses are struggling to survive. 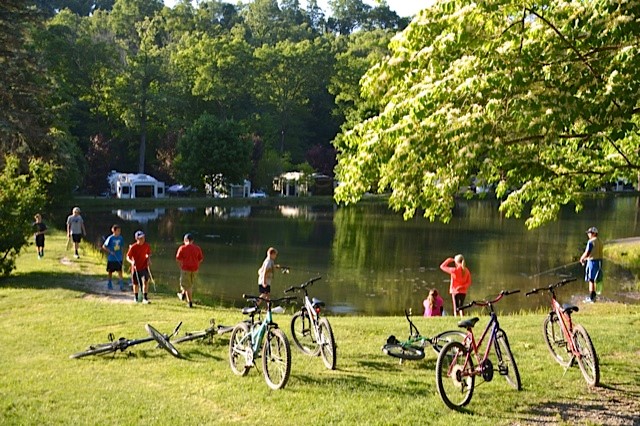 If you are interested in entering the leisure industry in[...]

In 2003, we joined Jellystone Park™. The operations… END_OF_DOCUMENT_TOKEN_TO_BE_REPLACED

2011 was our first year as a Jellystone Park™. Since then, we have definitely noticed that we are attracting a lot more guests from a much larger radius that extends nationwide. And we are seeing more guests from Canada. Over this three year time period, our store sales have increased almost 45%! The increased business also helped to allow us to do… END_OF_DOCUMENT_TOKEN_TO_BE_REPLACED

The advantage of a Jellystone Park™ is that it is so much more alive than the average park. Plu… END_OF_DOCUMENT_TOKEN_TO_BE_REPLACED

We’ve been in the Jellystone Park franchise system for 20 years this year. It was a family endeavor to begin with, but over those 20 years we’ve seen significant growth of our campground. In particular, just the last three years in a row we’ve been up double digits, 10-11% points three years in a row. We’ve really been coming on strong, and continue to see good… END_OF_DOCUMENT_TOKEN_TO_BE_REPLACED

We’re going to be entering our 13th season, and I sure would hate to own a property without being Yogi branded. The reason we really like Jellystone Parks is because of the support behind us. With 80 other parks in the system, we have 80 sources of question-and-answer type people to go to. The support is wonderful. The franchise, the CJS system itself – their … END_OF_DOCUMENT_TOKEN_TO_BE_REPLACED

We got into the Jellystone Park brand at the beginning of last year. This is the end of our first season. We are pretty excited about it. What I like most about the brand is the fact that they are drawing in families from three hours away. They all know what we’re there for, and they’re willing to spend a longer time at our park than just the weekend. The inv… END_OF_DOCUMENT_TOKEN_TO_BE_REPLACED