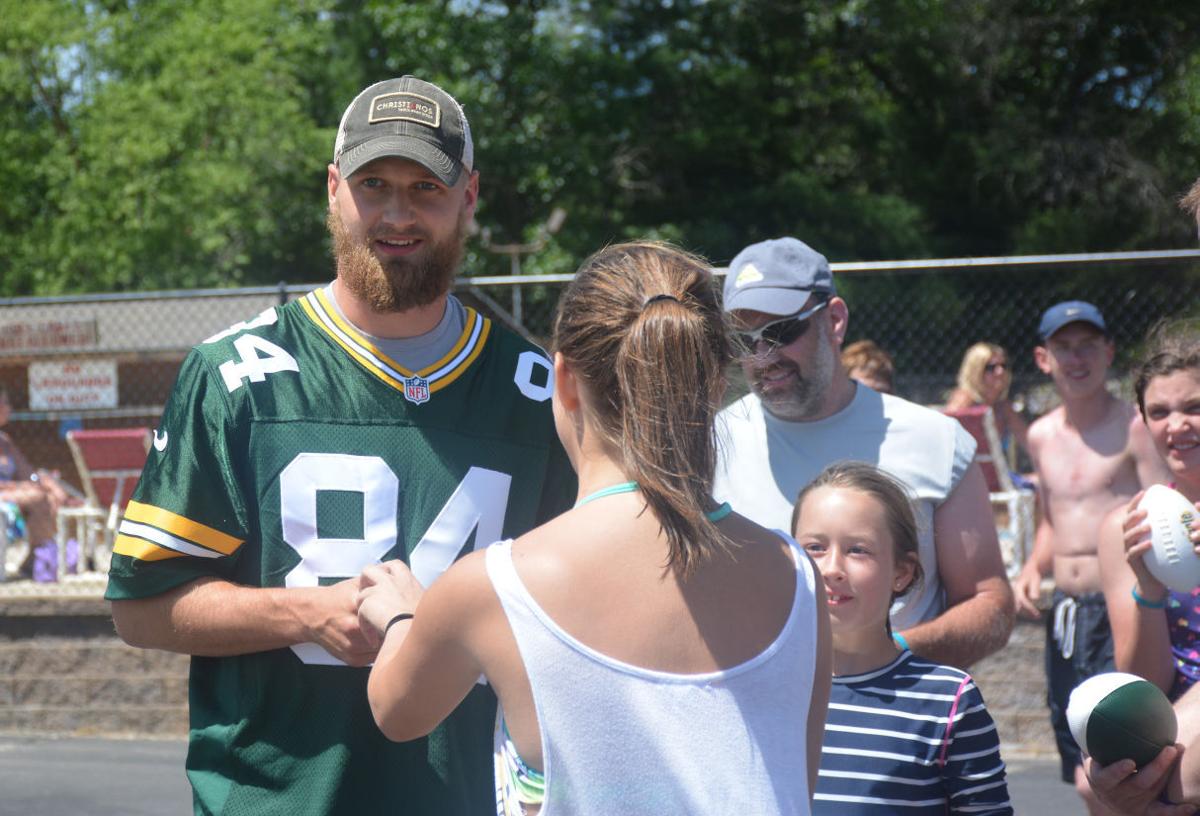 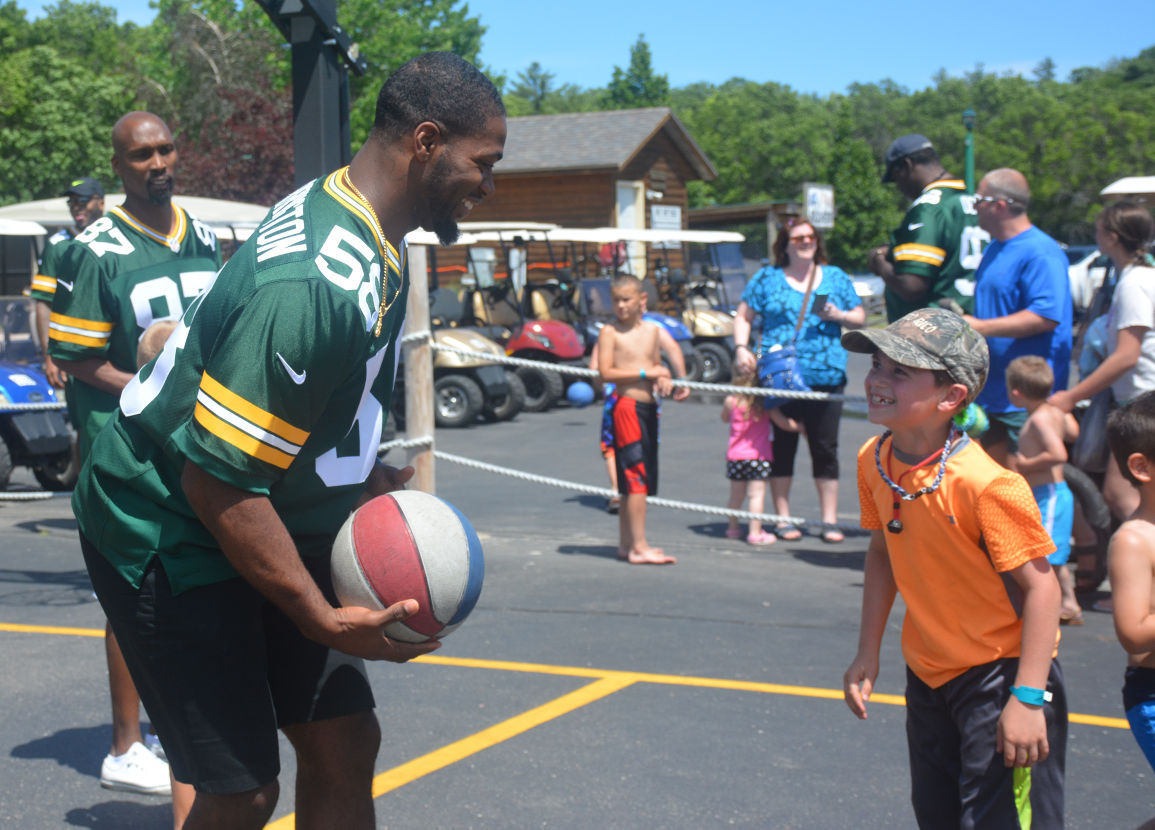 WARRENS — Lynn Richmond of Ryan, Iowa, and her family came to Yogi Bear’s Jellystone Park and Campground for a vacation.

They got more than swimming and camping. While lounging around the pool and enjoying the sun Monday, they met members of the Green Bay Packers.

“We were in the pool and someone said, ‘There’s something going on over there,’ and I saw the Packer bus and I jumped out (of the pool),” she said.

Murphy said the tour is a fun experience. He said he and the players enjoy fanning out across Wisconsin and meeting Packers fans.

“We draw people out − even when we stop for lunch we’ll end up with crowds, and it’s fun seeing the look on (people’s faces), especially kids,” he said.

“It’s fun seeing the smiles and seeing how enthused everybody is to meet us,” he said. “I doubt it’s like this for other teams and other cities. This is something I’m grateful for and will cherish for the rest of my life.”

Barrington said being on the tour and visiting with fans has opened his eyes to how the fans view the team.

“I always knew that we had the best fans in the land − that was never in question − but now seeing how important we are to the community seeing people shed tears, it’s a once-in-a-lifetime experience for a lot of fans.

He said it’s important for the team to cover the entire state because “it’s not easy for an individual or a family to interact with us if they don’t live near Green Bay − who may live two, three or four hours away. We have the opportunity to see how important this is for them. Most of the time it’s a surprise, and it can just make someone’s day.”

“Its super cool that they came here. A lot of kids look up to them, and (it’s) definitely a big hit for them,” Holm said. “So it’s cool being a big Packers fan that they showed up.”

“I was playing basketball (with them),” he said. “It was really, really cool.”

I really like the way it brings me a nice class of customers. I get happy families. I get people who want to come and to spend money to have fun. They enjoy our park. It’s just wonderful they way they come in, and you get so many that want to meet the other guests, they want to go have fun on the Jumping Pillow, then they want to go to the Splash Pad – and they want … END_OF_DOCUMENT_TOKEN_TO_BE_REPLACED

The advantage of a Jellystone Park™ is that it is so much more alive than the average park. Plu… END_OF_DOCUMENT_TOKEN_TO_BE_REPLACED

In 2003, we joined Jellystone Park™. The operations… END_OF_DOCUMENT_TOKEN_TO_BE_REPLACED

We got into the Jellystone Park brand at the beginning of last year. This is the end of our first season. We are pretty excited about it. What I like most about the brand is the fact that they are drawing in families from three hours away. They all know what we’re there for, and they’re willing to spend a longer time at our park than just the weekend. The inv… END_OF_DOCUMENT_TOKEN_TO_BE_REPLACED

We’ve been in the Jellystone Park franchise system for 20 years this year. It was a family endeavor to begin with, but over those 20 years we’ve seen significant growth of our campground. In particular, just the last three years in a row we’ve been up double digits, 10-11% points three years in a row. We’ve really been coming on strong, and continue to see good… END_OF_DOCUMENT_TOKEN_TO_BE_REPLACED

We’re going to be entering our 13th season, and I sure would hate to own a property without being Yogi branded. The reason we really like Jellystone Parks is because of the support behind us. With 80 other parks in the system, we have 80 sources of question-and-answer type people to go to. The support is wonderful. The franchise, the CJS system itself – their … END_OF_DOCUMENT_TOKEN_TO_BE_REPLACED